(i) Bestist is reader supported. We may earn a small commission if you click our affiliate links. 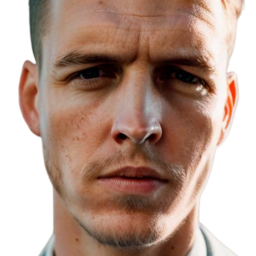 Having already reviewed the Oneblade I decided to upgrade and give the Philips Oneblade Pro a go!

This Oneblade Pro review is going to answer everything you wanted to know.

Once you’ve read this review you’re going to know if this is the shaver? for you or not.

Isn’t There Another Oneblade Pro?

Yes. There is another version of the Oneblade Pro however the differences is minimal.

The main differences are this one shows how much battery exactly you’ve left, the other just has bars.

Those are the only real differences. Therefore in my opinion, although slightly more expensive you may as well go with this one if you’re going to buy a pro version.

First off the box it comes in is the most least frustration free packaging known to human kind!

It’s like trying to break into a vault trying to remove the shaver and its accessories, and I don’t believe it’s just because I’m not the brightest spark.

Unfortunately, I threw the packaging straight into the trash, so I cannot show you what I mean, but if you decide to buy, you’ll find out exactly what I mean.

The only good thing is you know the product isn’t going to get damaged, but other than that it’s very annoying.

Here is what you’ll get:

Carry Case: Comes with a handy little pouch. Ideal if you’re taking it traveling with you.

Charging Doc: The device stands up in the charging doc.

Length accessory: This is what you attach over the blade that allows you to change the length of how much hair is cut.

The blade head: This is the blade that attaches onto the main unit and cuts the hair.

The Charger: The charger comes as a 2 pin. So if you’re like the majority of UK homes you’re going to need an adapter to plug it in.

As you can see below my hair growth game is lacking massively! But for the small amount of fluff I can grow the Oneblade Pro did a good job of removing almlost as close to the skin as a razor.

Another thing to keep in mind is the results below are with a dry shave. You could probably get even closer using a proper wet shave routine.

Best of all is I get zero ingrown hairs and very little if any irritation afterwards!

You can also use the device to get clean lines using the edge of the blade, plus the blade can be used in both directions as it’s double-sided.

I use it other than just shaving my face to clean my hairline up, sort my eyebrows out and to shave my body hair (using a different blade head).

I also use the length attachment when I want to keep the small amount of hair I can grow, but just want to tidy it up a little. However, it’s without the attachment that makes this device stand out over the rest with its multifunctional ability.

These results have been taken from the original Oneblade review, however the blade is exactly the same so the results would also be the same.

This was from shaving my leg using the body version of the device.

As you can see the Oneblade caused very little irritation compared to using a standard catridge razor.

The results were exactly the same with the face area also, with the Oneblade being much less irritating and causing less, or none, of the common irritations, caused by shaving.

If you have skin reactions using a razor, then buying a Oneblade Pro is almost certain to reduce it, if not totally eliminate any issues. A big reason I originally decided to buy.

Phillips claims the Oneblade Pro can go from zero to full charge in an hour and can last a full 90 minutes on one charge.

I decided to test both of these and this is the results:

Regarding the charging time that is bang on the money bar a few seconds.

This is a massive upgrade over the original which takes hours to charge and lasts much less than 90 minutes.

The usage time I got by contiuinasly keeping it run was over double what Philips claimed.

Now the reason I think it lasted double the time is because obviously I wasn’t continuously shaving hair for those 3 hours. Instead, I was rubbing it on my hand to create some stress, but it would be less than when cutting hair, therefore less of a drain on the battery.

So taking everything into account 90 minutes is probably the minimum amount of usage you’re going to get on a full charge.

The charge and usage time is one of the big benefits it has over the normal version.

The Blade And Blade Attachment

That also means like the original model these also need to be replaced about every 4 months or so, depending on your overall usage.

It’s been made so that it adapts to the area you’re shaving making it easier to shave areas that might not be so easy with most other clippers.

It’s the length attachment that comes with the Pro that doesn’t with the normal version.

However, one massive negative is once it’s attached you lose the flexibility you get with just the blade.

If the only reason you’re considering the Phillips Oneblade Pro is for the attachment then I would recommend personally just buying a cheaper clipper as it will do a similar job.

The actual build quality of the attachment is also flimsy. It’s all made from really thin plastic. Even the dial that looks metal in the image is plastic.

For the price you’re paying for the device it would have been nice if they used nicer material to make it feel premium like the rest of the device does.

Can You Use The Device In The Shower

The device is waterproof so it can be used in the shower, and can be used for a wet or dry shave.

However, the whole handle is made from plastic, with no rubber parts like the original that helps with grip. So if you’ve got soap over your hands be careful not do drop the device.

Can I Use It On My Body Or Just Face

For hygiene reasons I wouldn’t use the same blade you’re shaving your face with on your body, however, you can buy another blade and use that one.

That’s another advantage this has over a standard shaver that the heads are not replaceable on.

So yes you can use this for your mangrooming, but make sure you also buy a spare blade with your order as you don’t really want to be shaving your pubic area then your moustache.

A massive upgrade over the normal Oneblade is the LED screen.

This may not sound like much but trust me, it’s so much easier knowing exactly how much battery you’ve left vs not and being halfway through a session and the battery going flat on you, especially if you’re in a rush.

This has happened to me many times with the original version and I’ve had to switch to a different device to finish off. Not ideal.

It’s still not as heavy as most shavers though but does weight significantly more than the majority of razors.

The Pro has a much more beautiful appearance, and you can tell just by looking at them which one costs the most. If you want a shaver that looks the part, then this one does.

When it comes to the handle, while it looks and feels premium (as it should) it is all plastic, unlike the original which as a mix of plastic and rubber.

Because the Pro version does not have the rubber grip it does make it slippery when holding if you’re using it in the shower with soap etc over your hands, just something to keep in mind.

Overall though in terms of how it feels in the hand and the look of the device with its LED screen etc then the Pro definitely outdoes the normal version.

I personally really like the Oneblade Pro and it’s now my designated shaver.

However I can barely grow any facial hair, and I also like to leave the little bit of hair I can grow at about 0.6mm rather than having it shaved right down.

I also have sensitive skin and this helps to reduce any shaving irritation id get from a razor.

I use it to clean up my hairline and my eyebrows to, aswell as use it for some manscaping with a different attachment, and it’s really good for that.

If you like to get a super close shave then personally I’d recommend something else other than this, although this does get very close to the skin, it’s not going to get as close as someone who enjoys how close a razor will using a proper routine.

If you want something that can trim, shape, manscape, sort out the hairline, reduce shaving irritation all in one device then this can do that, and do it very well.

My goal at Bestist is to write product reviews you can trust. I buy every product with my own money. Never accept free products. Nor will I do a sponsored product post.

How to Avoid Shaving Rash for Men

Phillips Oneblade Vs Pro | Which One To Buy?

Any cookies that may not be particularly necessary for the website to function and is used specifically to collect user personal data via analytics, ads, other embedded contents are termed as non-necessary cookies. It is mandatory to procure user consent prior to running these cookies on your website.